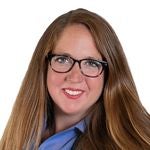 Lindsey Watson McCarthy is a seasoned attorney, litigator, and compassionate advocate.  Lindsey is a proud graduate of Temple University – Beasley School of Law (2006).

She graduated from Smith College with a double major in psychology and political science and international relations (2003).  She served as the Student Government Association President in her final year, and went on to serve as a Member of the Board of Trustees for Smith College from 2003-2005.