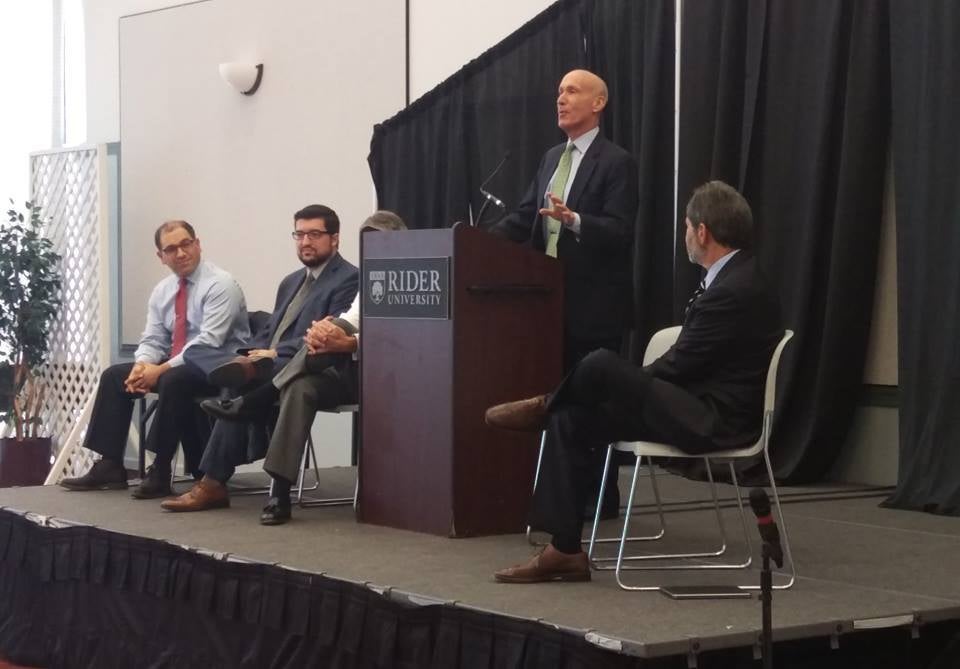 Rooney (second from left) and Justice Solomon (center podium) address the statesmen. DeMichele & DeMichele attorney  Matt Rooney visited the 2016 session of American Legion Jersey Boys State (ALJBS) at Rider University on Monday to participate in a legal careers panel along with other members of the state bar including N.J. Supreme Court Justice Lee Solomon. Rooney and his fellow panelists discussed the ins and outs of practicing law with roughly 150 teenagers drawn from high schools across the Garden State.  The nationally-renowned week-long Boys State program dates back to 1946 and is designed to educate high school junior year boys in the “ duties, privileges, rights and responsibilities of American citizenship.” You can learn more about ALJBS here. “I graduated from the Boys State program in 2002 and can say without hesitation that it is, as the ALJBS slogan goes, ‘a week that shapes the future.' The lessons I learned as a statesman remain with me today and undoubtedly impacted my future career,” Rooney explained. “Helping facilitate that transformative experience for a new generation of leaders is both a privilege and a pleasure in equal measure.”

MATT ROONEY has been a member of the New Jersey Bar since 2011 and the District of Columbia Bar since 2012. He presently serves a Trustee of the Camden Count Bar Association. Prior to joining DeMichele & DeMichele, P.C. as an associate attorney, he served as Law Clerk to the Honorable Nan S. Famular, J.S.C. of the New Jersey Superior Court, Family Part in Camden County, for the 2010-2011 term.  Matt graduated with a Juris Doctrate Degree from the Rutgers School of Law- Camden in May 2010. He also successfully completed an eighteen-hour training program in mediation and conciliation skills through the Superior Court of New Jersey, Camden Vicinage in February 2008. 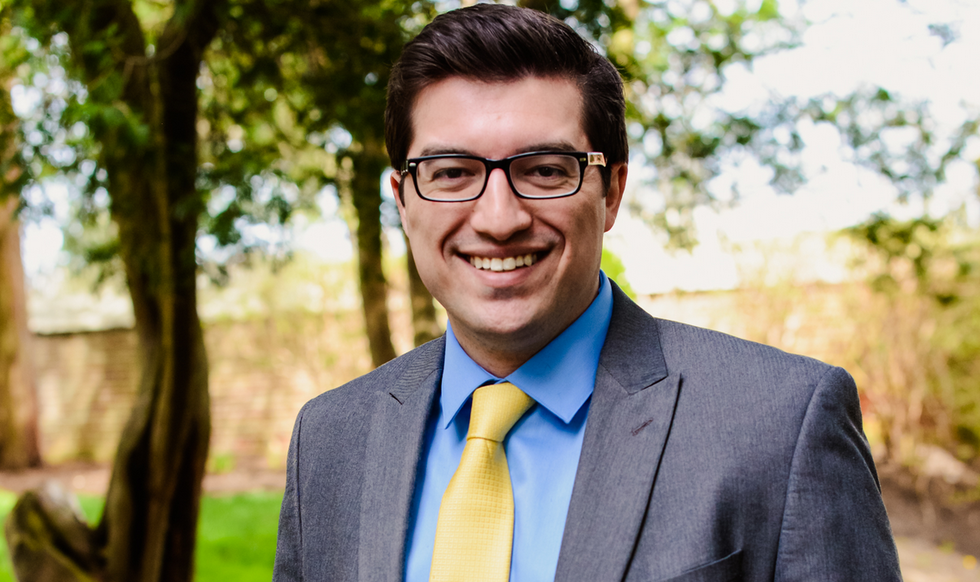 When he isn't litigating, Matt is considered a force in New Jersey state politics, a sought-after public speaker, and a frequently called-upon media commentator. He was recently  named a “rising star” by New Jersey's Gannett newspapers, his website  Save Jersey was recognized by  The Washington Post as  one of the top state-based political websites in the United States, and Matt has been personally  profiled by  The Philadelphia Inquirer. A proud life-long South Jersey resident, Matt is a graduate of Paul VI High School in Haddonfield, New Jersey and remains active in the community including as a 3rd Degree member of the Knights of Columbus at the Santa Maria Council in Haddon Township. Before commencing his legal education, he earned a Bachelor of Arts Degree from the Catholic University of America and graduated both SUMMA CUM LAUDE and as a member of the PHI BETA KAPPA honors society.

At DeMichele and DeMichele, we help hundreds of clients defend and pursue their rights in family, municipal, criminal and civil courtrooms across New Jersey. If you have any questions regarding the practice areas discussed above, contact us today or call (856) 546-1354 a confidential consultation with one of our skilled attorneys.