DeMichele & DeMichele, P.C. would like to congratulate our attorney and colleague Matt Rooney for being recognized as a  2018 “Top Attorney” by SJ Magazine. 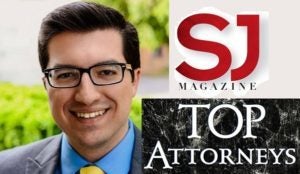 Rooney was voted a top Divorce & Family  attorney practicing in South Jersey by his peers.

“It takes a wealth of knowledge and incredible ambition to become a Top Attorney,” explained SJ Magazine upon publishing this year's list. “These leading legal professionals have made it to the top of their field, where they've proven that they're committed to upholding – and fighting for – the letter of the law.

An attorney admitted in New Jersey since 2011 and the District of Columbia since 2012, Matt Rooney focuses his New Jersey practice on a wide array of family law matters including but not limited to the following issues:

Matt has also served on the Camden County Bar Association (CCBA) Board of Trustees since 2014, and Matt has also participated as both a moderator and faculty member for legal seminars designed to instruct fellow lawyers on topics including child support litigation and custody evaluations in New Jersey. 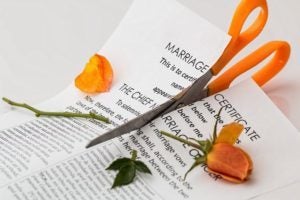 Prior to joining DeMichele & DeMichele, P.C. as an associate attorney, Matt served as Law Clerk to the Honorable Nan S. Famular, J.S.C. of the New Jersey Superior Court, Family Part in Camden County, for the 2010-2011 court term.

Are you grappling with