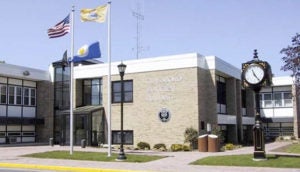 Earlier this summer, our firm represented a client charged with two criminal offenses, Receiving Stolen Property N.J.S.A. 2C: 20-7A  and Criminal Mischief N.J.S.A. 2C: 17-3A (1). Our client was an undergraduate student at Rowan University who was facing charges in the Glassboro New Jersey Municipal Court; specifically, he was facing two charges and a conviction on either would have left him with a criminal record. Since he did not want to graduate college and start a job search with a criminal conviction, our firm was hired to mount a vigorous defense. The case was originally reviewed by the Gloucester County Prosecutor's Office. After several months, the criminal charges were sent to the Glassboro Municipal Court for resolution. We immediately requested the discovery and carefully reviewed every aspect of the state's case. The discovery involved reviewing multiple witness statements. After a careful review of the State's case and noting several inconsistencies with the proofs, we were able to convince the prosecutor that the criminal charges against our client were not appropriate. We were subsequently successful in convincing the prosecutor that the appropriate charge should be a borough ordinance. The prosecutor agreed and our client was able to plead to the borough ordinance with a minimal fine. Being convicted of a borough ordinance is not the same as being convicted of receiving stolen property or criminal mischief. The borough ordinance is not a criminal offense under New Jersey law and our client can honestly say he is never been convicted of a crime. Our client also avoided the possibility of going to jail. Additionally, and probably most importantly, our client will not have a criminal record as a result of this plea deal.

We're here to help you, too. If you or a loved one is facing criminal charges in Glassboro Municipal Court or any other municipal court in New Jersey,  contact the New Jersey criminal defense lawyers at  DeMichele & DeMichele today. We are here to defend the charges against you.  Contact us now for your confidential and free initial consultation. You can also reach us by telephone  (856) 546-1350. Don't just plead guilty and risk your future!