It now appears very likely that Congress will pass a tax reform package, one which the President will sign into law.

What's less clear is exactly what that final legislation will look like since the U.S. House of Representatives and U.S. Senate passed significantly different bills. That means a conference between the two separate houses of Congress will soon take place to “reconcile” the competing tax reform plans.

Something we're keeping our eyes on very closely as New Jersey divorce attorneys?

The fate of the federal alimony deduction.

As the IRS explains on its website, “Amounts paid to a spouse or a former spouse under a divorce or separation instrument (including a divorce decree, a separate maintenance decree, or a written separation agreement) may be alimony for federal tax purposes. Alimony is deductible by the payer spouse, and the recipient spouse must include it in income.” 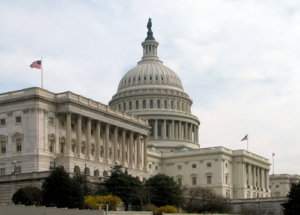 This deduction is worth thousands of dollars annually to many New Jersey payors of spousal support (Note: child support is NOT considered income for the purposes of taxation). Approximately 12 million U.S. taxpayers claimed an alimony deduction in 2015.

The Senate version of tax reform does not appear to touch the deduction.

The House version, on the other hand, repeals the alimony deduction of alimony from divorce agreements executed beginning in 2018. Analysts believe this change could raise $8.3 billion for the federal government over a ten year period.

For divorcing spouses? The change could obviously materially alter how divorces are negotiated and resolved given that the so-called “economics” of the divorce will change forever.

DeMichele & Michele will continue to keep an eye on this high stakes process as it unfolds.

Either way? We're here to help. If you or a loved one has questions regarding the New Jersey divorce process, especially any concerns relating to alimony, equitable distribution or related financial concerns and how New Jersey family courts handle those issues, please contact the divorce attorneys at DeMichele and DeMichele.

For a confidential consultation to discuss your situation with one of our New Jersey divorce attorneys, you can also call (856) 546-1350. It's your future; don't leave everything to chance!