N.J. COURT: Live-In Nannies Are Covered By The Prevention of Domestic Violence Act

The Prevention of Domestic Violence Act (“PDVA”) is where New Jersey victims of domestic violence turn when they need help and protection. Earlier this month, we got a new published trial court decision – meaning its precedential, and therefore binding – in E.S. vs. C.D.

The published decision confirms that the Act's scope includes live-in child care employees like nannies. Be forewarned: the facts in E.S. v. C.D. aren't pleasant. The nanny in this case worked for her employer family over the course of a seven month period. She also lived in the family's home and received financial remuneration for her child care duties. Unfortunately, the nanny ultimately stood accused of assaulting the family's child under her care and, two months after being terminated, she allegedly harassed the child's mother and also threatened to lie to deprive the mother of custody. When this sordid case inevitably end up in Superior Court, the trial judge granted the mother's request for a final restraining order against the nanny. 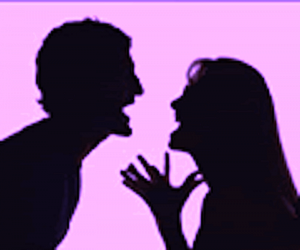 Why is this outcome interesting to family law practitioners? The court ruled that the mother could obtain the desired FRO notwithstanding the absence of a familial relationship (typically, only cohabitating parties, dating parties, former spouses, and family members qualified as having the necessary ‘predicate' relationship under the PDVA). The court cited the nanny's knowledge of the child and its family as reason for concern as well as social media's and texting's ability to keep parties connected after a formal relationship has ended.

The court was also unconcerned that the relationship between the parties was over and without any expectation of resumption (the clear purpose of the PDVA is to prevent likely future or ongoing acts of domestic violence; an unlikelihood of future violence is a possible defense at trial). “That a person receives a monetary benefit from engaging in a relationship does not automatically disqualify that person from seeking relief under the PDVA,” the Bergen County trial judge explained. “Analogously, that a victim had provided an economic benefit to a defendant should not automatically disqualify the victim from seeking relief under the PDVA.” Click here to read the full decision. –