Technology's ever-evolving impact on family law cases — particularly in the arena of divorce, child support and alimony — is always one of my favorite topics here at the DeMichele & DeMichele legal blog. This week, we got an interesting case out of Kansas on the controversial topic of sperm donorship and child support. In the case at issue, the judge ruled that a Kansas man who donated sperm to a pair of women trying to conceive a child (after he answered a Craigslist ad) was not legally required to provide financial support. Naturally, the ruling is making waves across the county both inside and outside of legal circles. 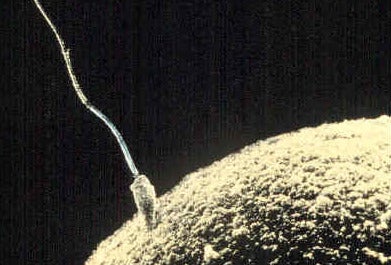 Our own state currently does not formally recognize the legality of surrogacy contracts. In 1985, the New Jersey Supreme Court ruled in the highly-publicized  “Baby M” case that surrogacy contracts are unenforceable. That seminal case involved artificial insemination as opposed to the expanding practice of in vitro fertilization. There hasn't been an update to the state of the law since that time. In 2015, N.J. Governor Chris Christie vetoed an attempt to ease restrictions on gestational surrogacy in the form of a bill passed by the state legislature. “Permitting adults to contract with others regarding a child in such a manner unquestionably raises serious and significant issues,” Christie argued at the time in his written veto message:

In contrast to traditional surrogacy, a gestational surrogate birth does not use the egg of the carrier. In this scenario, the gestational carrier lacks any genetic connection to the baby, and in some cases, it is feasible that neither parent is genetically related to the child. Instead, children born to gestational surrogates are linked to their parents by contract.” “While some all applaud the freedom to explore these new, and sometimes necessary, arranged births, others will note the profound change in the traditional beginnings of the family that this bill will enact. I am not satisfied that these questions have been sufficiently studied by the Legislature at this time.”

The implications for aspiring New Jersey parents? As it stands today, for example, an infertile New Jersey woman must formally adopt a child that is produced by her husband's sperm and a donated egg carried by a third party woman ‘surrogate.' The adoption process can prove arduous both in terms of time and cost. Consequently, many New Jersey couples end up shopping for surrogates in neighboring states like Pennsylvania. The bill vetoed by the Governor would have specifically obligated the intended parent to pay child support even if the intended parent broke the surrogacy contract. We'll obviously keep you in the loop regarding any further developments.

Do you have questions about your New Jersey child support case? Help is only a quick phone call or e-mail away. We're here to walk you through the process and achieve a best-case outcome given the facts of your case. If you have any questions regarding the determination of income for child support, or family court matters generally in New Jersey, please contact us online today or call  (856) 546-1350 for a confidential consultation with one of our skilled family court lawyers.