What is Alimony “Pendente Lite” in New Jersey?

The most commonly asked first question asked between a lawyer and their client during a divorce case concerns the financial situation between the spouses going forward.

During many divorce cases, a single spouse struggles to support himself or herself and their children, too, all while the divorce proceedings drag on for months to a year.

In these cases, a client may be advised to seek to Alimony Pendente Lite. Pendente lite is latin for “during litigation.” It is also commonly referred to as “Temporary Alimony.” For example, a hypothetical husband leaves his wife and their children. The wife's income did not match that of her husbands, so now she struggles to pay certain expenses such as the mortgage and utilities. This form of alimony is awarded only during the divorce process.

Once the economic decisions of the court case are finalized? Alimony Pendente Lite is terminated.

Alimony Pendente Lite is extremely vital in divorce cases. Although the outcome of it does not determine long term alimony, it certainly sets the stage for how the judges will most likely rule during the divorce process.

How is Pendente Lite Support Determined?

The ultimate goal of this form of alimony as stated in Mallamo v. Mallamo is “preserving the marital status quo.”

Rose v. Csapo further clarified the meaning of the status quo by stating “Maintenance of the status quo involves payment of the marital bills and expenses necessary to maintain the dependent spouse at the standard of living enjoyed during the course of the marriage.” 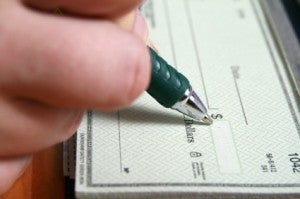 The starting point to analyze whether a client is capable of being awarded Alimony Pendente can be found in  N.J.S.A. 2A:34-23 which states…

Pending any matrimonial action or action for dissolution of a civil union brought in this State or elsewhere…the court may make such order as to the alimony or maintenance of the parties, and also as to the care, custody, education and maintenance of the children, or any of them, as the circumstances of the parties and the nature of the case shall render fit, reasonable and just.”

There are many factors in determining if Alimony Pendente Lite will be awarded by a judge and, if so, how much. Some of the factors include the standard of living during the marriage, the paying spouse's ability to pay, the duration of the marriage, and the parental responsibilities of each spouse.

Ultimately? The amount awarded is intended to keep both spouses in a similar financial situation to what they were prior to the separation, but that can not always be achieved because as the couple separates certain expenses double or worse. The court ruled in Malik v. Malik that the husband should pay $350 per week to his wife; he viewed it as too high and the wife viewed that as too low. Judge Jones ruled that, in cases such as Malik where spouses can not maintain the marital lifestyle after separation, then both parties must reform their spending to achieve new financially sustainable lifestyles.

How to obtain PL Support

Matrimonial pendente lite support awards are established through the submission of affidavits or certifications and case information statements. Oral argument is likely to precede the entry of the order; in virtually all instances the

pendente lite support order will be entered without a plenary hearing.”

An affidavit is a written statement or oath that can be used as evidence in court and a case information statement is a document filed by a court clerk in civil cases which allows a judge to understand what type of case is being brought forth.

Being awarded Alimony Pendente Lite not does ensure a spouse that they will be granted long term alimony after the divorce is finalized. In fact, in some cases, it can be modified or removed before its usual termination occurs once the divorce is final though that is very rare.

On September 10, 2014, Chris Christie signed into law in New Jersey: P.L.2014, c.42, which changed the way alimony pertained to cohabitation:

Alimony may be suspended or terminated if the payee cohabits with another person. Cohabitation involves a mutually supportive, intimate personal relationship in which a couple has undertaken duties and privileges that are commonly associated with marriage or civil union but does not necessarily maintain a single common household.”

The alimony and divorce attorneys at DeMichele and DeMichele are skilled advocates who are ready to assist you your parenting plan and parental alienation  issues.

If you are looking to resolve spousal support issues, then we can help you accomplish your goals. Contact your parenting time attorney today at (856) 546-1350 to schedule your confidential consultation.