DeMichele & DeMichele is pleased to announce that veteran municipal practice attorney and firm shareholder Richard A. DeMichele, Jr. was recently reappointed as municipal prosecutor for the following South Jersey communities beginning in January 2017:

Mr. DeMichele, a seasoned litigator, who devotes a substantial part of his practice to family law and personal injury matters, also currently serves as the Municipal Prosecutor of Lawnside, a post which he has held since 2009. 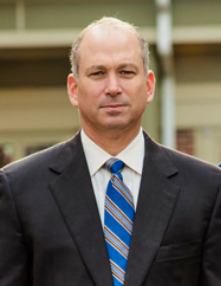 Richard A. DeMichele, Jr. When he isn't prosecuting or serving his South Jersey diverse client base, Mr. DeMichele is a national, state and local bar association leader. He has served as a delegate to the American Bar Association's House of Delegates and a trustee of the New Jersey State bar Association. In addition, Mr. DeMichele previously served as a President of the Camden County Bar Foundation and the Camden County Bar Association. Mr. DeMichele is admitted to practice in every state court in New Jersey and Pennsylvania. He is also admitted to practice in the United States Supreme Court and the United States District Court for the District of New Jersey as well as the Eastern District of Pennsylvania. You can view his complete Curriculum Vite by clicking here. Due to the In re Clark decision, Mr. DeMichele does not represent any criminal defendants in Atlantic County or Camden County. His criminal practice is limited to defending clients accused of crimes and traffic offenses outside of Atlantic County and Camden County. However, the firm's other attorneys continue to represent those charged with crimes and traffic offenses throughout New Jersey. If you or a loved one needs strong representation in a municipal court in New Jersey, contact the defense lawyers at DeMichele & DeMichele today. We are here to defend the charges against you. Contact us now for your confidential and free initial consultation. You can also reach us by telephone (856) 546-1350. Don't just plead guilty and risk your driving privilege or driving record. _____