Our firm is pleased to announced that DeMichele & DeMichele attorney Gregory DeMichele has been reappointed as newest New Jersey State Bar Association (NJSBA) trustee representing Camden County. You can learn more about the NJSBA board here. 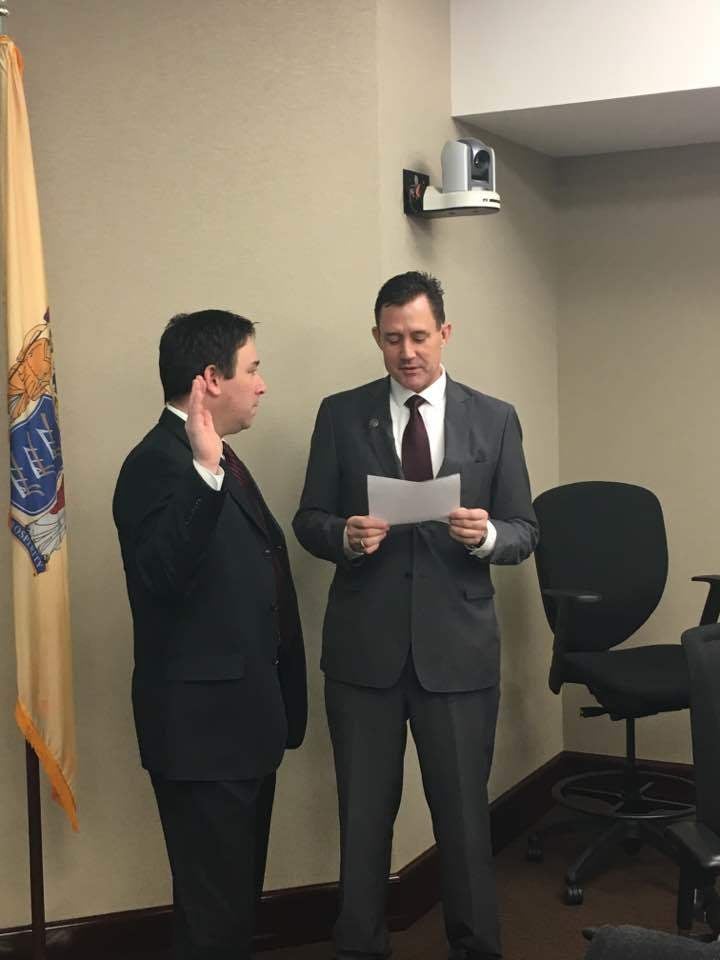 GREGORY DeMICHELE is a shareholder at DeMichele & DeMichele who has been recognized as a top South Jersey municipal court lawyer for the last seven (7) consecutive years in a row by South Jersey Magazine. A life-long South Jersey resident and alumnus of both Cherry Hill East High School and Villanova University's undergraduate and law schools, Gregory DeMichele is a long-time active member of the Camden County Bar Association and, in addition to serving as a trustee, he is the current Co-Chair of its  Municipal Court Committee.   Gregory has also served as both a moderator and panelist for  for the Camden County Bar Association's continuing legal education seminars. You can view his complete curriculum vitae here. DeMichele's admission to the NJSBA Board of Trustees is a continuation of his firm's long history of state bar participation. “It's a professional honor and a personal joy to see my brother and fellow firm shareholder join the board of trustees,” said Richard DeMichele, Jr., Esquire, brother of Gregory DeMichele and himself a multi-year veteran of the board (from 2002-2005 and again from 2007- present). “Gregory is a lawyer's lawyer and he will be an invaluable asset to the NJSBA in the coming years as we tackle important issues impacting the legal community and the public we endeavor to serve.” At DeMichele and DeMichele, we help hundreds of clients defend and pursue their rights in municipal, family, criminal and civil courtrooms across New Jersey. If you have any questions for Gregory regarding a family law, municipal court or personal injury matter, or any of the other practice areas discussed above, contact us today or call (856) 546-1354 a confidential consultation with one of our skilled attorneys. _____