For those unaware, AshleyMadison.com is a social networking site that, for a fee, facilitates extramarital affairs. The company previously advertised its services with racy billboards and campaign taglines such as: 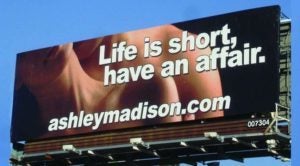 You can see one of the Ashley Madison billboards above. Times have changed and so has Ashley Madison's branding. The company transformed its advertising since last year's highly-publicized data breach and now claims that it is, “More than an affair site.”   In fact, the website now prominently states, Ashley Madison today is about so much more than infidelity, it's about all kinds of adult dating.” You may recall last year we gave our take on the  computer hackers who breached data at the Ashley Madison website . Network hackers accessed the information of those people who subscribe to the Ashley Madison services. Hackers then released the confidential user information and publish the on the Internet. It is estimated that 32 million people had their identity as an asset Madison customer made public.  Our Ashley Madison article detailed fault and no-fault grounds for divorce in New Jersey and how the data breach may lead to an increase New Jersey divorce. Fortune magazine is now reporting that the legal troubles for Ashley Madison continue. 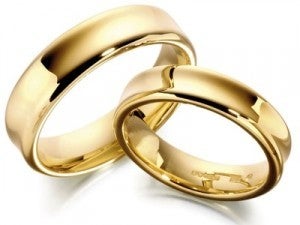 The ensuing litigation revealed that Ashley Madison posted an icon indicating that he had received a “trusted security award” on its website. According to the report, Ashley Madison alleged had terrible internet and cyber security safeguards. Ashley Madison is also defending a class-action brought by their former customers who had their data stolen and privacy breached. Last year, the court ruled that the plaintiffs must use their actual names in the lawsuit and cannot proceed anonymously. Regardless of how it happens, the end of a marriage is almost always stressful, confusing and, in many cases, positively overwhelming time no matter what (or who) catalyzed it.