A case known as Sacklow v. Betts appeared in the Superior Court of New Jersey on March 17, 2017. The issue at hand was that a minor who was transgender requested a name change to suit her gender.

The sixteen year old transgender youth wished to be have their name changed from Veronica Betts to Trevor Adam Betts to suit their gender more properly. The court decided that the best interest of the child should govern the court's decision, but there are several factors in determining if a name change is in the child's best interest:

Two cases in the past have dealt with a minor's name change, but not a transgender case. The cases are Gubernat v. Deremer and Emma v. Evans. In Emma v Evans, the courts decided that regardless if the child was born out of wedlock, the child interest test should be given and there should be no favor given to the custodial parent. In Gubernat v. Deremer, the court decided, similar to Sacklow v. Betts, that the name change depends solely on the best interest of the child.

In this case, the court considered the following factors in determining if the name change was in fact in the child's best interest:

In Sacklow v Betts, the court deemed it was necessary to have hearing in order to decide if the name change is in the child's best interest. Trevor claimed that this name change was in fact in his best interest, but the defendant continued to express their concerns over whether it actually was in Trevor's best interest. Trevor was born in a marriage, but the parents received a divorce and the plaintiff became the primary parent of Trevor, though the parents did have joint custody. The court concluded that the consent of either parent would only be one of many factors in determining the outcome. The plaintiff acknowledged that Trevor never grew up doing things that most girls did. Instead of playing with dolls and dresses, he played basketball and did skateboarding. Trevor did not enjoy the normal gender norms of a child that age and was considered a “tomboy.”

Sometime during the sixth grade, both parents started to realize a significant change in Trevor's behavior. A noticeable deterioration in Trevor's mental health and well being started to take place. Trevor started to transform from a good student and child to a delinquent committing major acts such as vandalizing and fighting. As a result of this attitude change, Trevor was placed into a child study team at the school to work out his emotional and behavioral problems.

Through this treatment, Trevor was able to tell his parents that he was transgender and identified as a male. Both parents struggled with this news and they had Trevor see a licensed psychologist who diagnosed him with gender dysphoria. As a result of this intervention, a treatment plan was created to help transition Trevor from female to male. About five years ago, when Trevor was twelve was the first time he requested to be called Trevor. He declared that the only people who still call him Veronica are his father, step-mom and step-siblings. 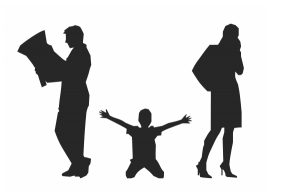 The major problem with this case is that Trevor is a minor under the legal custody of his parents, who(the father) disagree on the name change from Veronica to Trevor. Under current New Jersey Law an adult can decide if a name change is applicable for them due to their gender. Children on the hand are viewed as unable to make such life changing decisions unless they are emancipated. Every state has a different set of rules in minor name changes. For example, California and Indiana only need the consent of both parents to declare a name change. Since New Jersey follows the child's best interest test the court examined each of the factors.

The first factor examined was the age of the child. Trevor will be seventeen on April 20, 2017. Since he is at a higher age, he is deemed more mature and his opinion should be taken into consideration.

The second factor was the length of time he was known as Trevor. Trevor has been using this name for the last years, which is large portion of time.

The third factor is any potential anxiety, embarrassment, or discomfort that may result from having a name that the minor child does not feel corresponds with his or her outward appearance and gender identity. The court found that if Trevor's name was not changed then it would be extremely possible that bullying could result from being a male with a girl's name.

The fifth factor is whether the minor child's family and community, including school, identify the child by the preferred name. Trevor is called Trevor by everyone he knows at his school and community. The only time he is called Veronica is when he is at his father's house or there is a substitute teacher.

The sixth factor is the minor child's preference and motivations for seeking the name change. Trevor's reasoning behind the name change is strictly for personal reasons. He is not trying to escape the law, he just wants his name to fit his gender.

The New Jersey family law attorneys at DeMichele and DeMichele are skilled advocates who are ready to assist you your parenting plan and parental alienation  issues.  If you are looking to resolve a complex family law issue, we can help you accomplish your goals.

Contact your parenting time attorney today at (856) 546-1350 to schedule your confidential consultation.