Parental Alienation at the Onset of Divorce

Divorce by it very nature brings about a series of relationship changes.  The spousal relationship is not the only relationship subject to change.  Family relationships involving in-laws almost always change.  The parents and grandparent's relationships with the children change too.  The change is inevitable.  But some parties do not always have their children's best interest at heart when the change in the family dynamic is occurring. Parent Alienation occurs when one parent disrupts or attempts to destroy the relationship between their child and the other parent with no justification. Although many people refer to Parental Alienation as a syndrome, it is not currently recognized as such, by any professional agencies. This phrase was coined by a doctor in the 1980's, and it seems to have stuck with the public as the courts began to see it used in their courtrooms. In recent years, many doctors have taken up arms to officially get it recognized as a mental disorder by agencies such as the World Health Organization, due to its devastating mental and physical effects on the child, and even the parents. 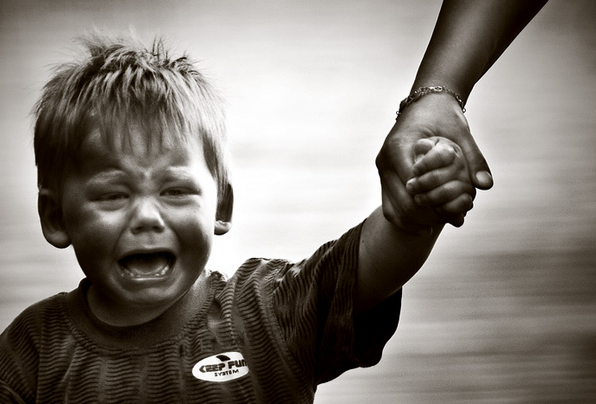 Parental Alienation has become extremely potent over the years considering the divorce rate is at fifty percent. Although parental alienation can occur in intact families, it is most common for it to occur in separated households and is very common in divorced families.  Many times the parents will attempt to alienate their child against the opposing spouse to gain a  legal advantage such as money or increased parenting time with the children. Fathers are most likely to be the alienated parent simply by their nature. Mothers tend to be stereotyped to have a nursing personality, while men are being characterized as brutal and angry, which can be used against them in cases of parent alienation. There are eight major components in identifying whether Parental Alienation is presently affecting a family. The first sign may be if a child aligns with a single parent and actively contributes against the other parent without justification. For example, a child who suddenly does not want to see their mother on the weekend anymore and demands that all communication with them is cut off. In cases of parent alienation, there is usually no justification for this rash and unjust decision from the child. It is most likely that the father whom the child still wishes to see has persuaded them to commit this action A second signal may be if the child has weak, inaccurate, or absurd reasons for choosing to act out against a parent. An example of this is if a child complains of doing chores. Most children complete chores to learn responsibility, but in cases of parental alienation the child may lash out against doing chores to revolt against the parent, aiding them with more ammunition to extend dissatisfaction towards this parent. Another typical example may be if a child complains that a parent took them to the zoo. The zoo is somewhere fun to go with a child, it contains a positive connotation, but in the child's mind, in this case, has been harnessed to hate everything this particular parent does. Justification is critical when identifying this disorder. As seen in both of these cases the child had no reason for turning against the parent. A third possible indicator may be if a child enjoys absolutely nothing about one parent, but enjoys every detail of the opposite parent. The child will often remember only negative memories of the parent they are choosing to cut out of their life and they will only remember positive memories of the parent they wish to favor. The negative memory is a form of justification for the child. This is often an inaccurate perception of the parent that is being alienated as positive encounters with the parent are not considered by the child., Another characteristic of parental alienation may be when a child claims that their decision to reject another parent is completely their decision that they made with no outside influences. This argument appears regularly in court battles over custody of a child. In reality, the decision to shun a parent was not supported by the child solely, but in fact, the decisions are tampered with by the opposing parent. The child will genuinely think it was their decision which contributes to significant effects of parent alienation. At its core, this condition brainwashes children into hatred of someone who sincerely cares about their well-being and health. 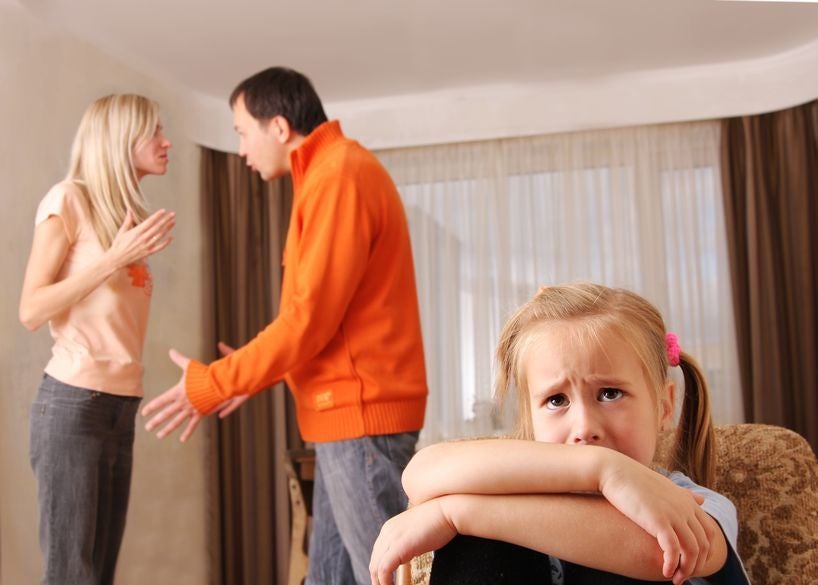 Another indication that parental alienation may be present is if the child throws their 100% support for a single parent. The child is, in a way, campaigning for that parent's team to “win” custody or favor of the child. As in all the other scenarios previously stated, the child lacks the full knowledge of the situation and can not correctly assess their status to make such an absurd commitment, especially when their minds are filled with negative imaging of the opposing parent. The child requires equal opportunity of spending quality time with each parent before making such a rash commitment. Another common symptom could be when the child feels no sympathy or compassion for the other parent. They have fully hardened their heart towards the other parent. A parent will show signs of sadness and despair at seeing their child removed from them and the child will not care. The child will commonly be happy that this parent has shown some remorse and revealed sources of pain. The child takes pleasure in this because the parent they are siding with takes pleasure in this and at this point, the child's mind is almost entirely influenced by the parent. A universal signal that self-identifies that parent alienation is occurring is when the child starts to repeat common phrases or scenarios that the favored parent commonly uses as evidence against the ill-parenting of the alienated parent.  The child has little or no justification for any of what they are repeating, but they regurgitate it because the effects of parental alienation have completely overtaken their mind and they truly believe what they are accomplishing is justified and in their best interest. The last symptom that presents parental alienation signals is when the hatred of the child extends to the family and friends of the alienated parent.  Over the years, before the battle over the child began, the child will most likely have built positive relationships with both of the parents extended family and friends. Alienation is at its worst when the child begins to cut off ties with this group of family and friends. They will start to believe these people are just as guilty as the alienated parent and fault them for the actions they believe the alienated parent has committed. These eight symptoms for parent alienation create a convenient way to break down how severe the effects of this condition are in any case. One to three elements would be considered mild alienation, four to five elements will be regarded as moderate alienation, and six to eight elements will be considered as Extreme Alienation. It is common that mild alienation can occur unknowingly by one or both of the parents.

Mild Alienation is also known as “Naïve Alienation.” For example, if the mom is busy playing games with the children and the dad calls, and the mom tells the children not to answer the phone because they are busy. One parent should never cut off any communication with their child and the other parent to avoid the critical effects that result in parent alienation.

Moderate Alienation, which consisted of four to five components is also known as “Active Alienation.” Active Alienation is a little bit more severe than Mild Alienation in that one parent is now purposely causing arguments and disagreements with the alienated parent in front of the child or children. An argument is a tactic used to reveal the worst side of a parent to attempt to convince the child that the parent is unstable and not able to care for them. The most devastating form of parent alienation is Extreme Alienation or “Obsessed Alienation.” Extreme Alienation occurs when almost all of indicators of parental alienation are at play. One parent will set it as their mission to destroy the little relationship left between the child and parent. They will in every way possible demonstrate to the child the perceived incompetence, lack of love, and dedication from the parent to the child. The effects of any form of Parental Alienation are extremely severe on the child and their parents. Young children often develop problems in school, health, and social situations with classmates. Teens are reported to suffer from early high school dropout, risky sexual activity, drug use or abuse, unemployment, crime, and are often subject to being divorced like their parents in the future. Lastly, the parents suffer just as the children do, many of these parents are observed to fall to alcohol addiction, depression, suicidal thoughts, and severe stress. The NJ parenting time lawyers and divorce attorneys at DeMichele and DeMichele are skilled advocates who are ready to assist you your parenting plan and parental alienation  issues.  If you are looking to resolve parenting time issues and parental alienation issues, we can help you accomplish your goals.

Contact your parenting time attorney today at (856) 546-1350 to schedule your confidential consultation.